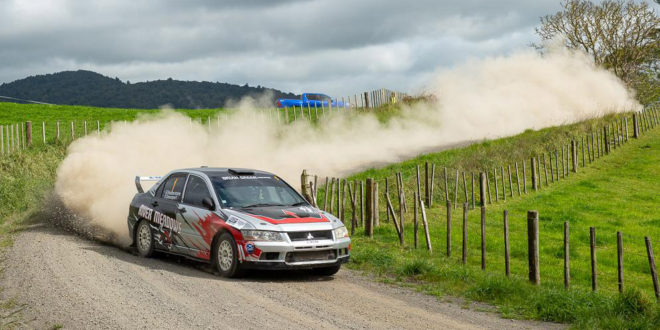 Well, with the series over and some changes on the horizon for the Northern Rallysprint Series it’s about time that we wrapped up the 2020 series, in what was a very strange year due to the covid pandemic.

But, before going any further we must acknowledge all the competitors, marshalls, helpers, sponsors and the car clubs that supported the 2020 series, and in particular Chris “Rambo” Ramsey and the Hamilton Car Club, who put in so much work for their round at Hoddle Road only to have Auckland go into a 2.5 Lockdown, ruling out any travel for those competitors North of the Bombay Hills. It seriously affected the entry list, making it a “Void” round for the series in 2020, and no doubt gave Rambo a few headaches for a week or so! The event did go ahead as a stand-alone rallysprint for anyone that could make the trip.

Next, congratulations to Graham Featherstone and Dave Deveonport on winning the Drivers & Co Drivers championships again, for a record winning streak of 7 straight championships for Feathers. That will take some beating and I’m sure it will be the record to beat for quite some time. Hayden Mackenzie and Michael Goudie came in 2nd overall with Matt Jensen and Tyson Jemmet taking the 3rd overall, all of these guys in Mistibushi Evo’s.

Top 2wd finisher was Grant Liston, who finished 6th overall in his Honda Integra, just nudging ahead of Charlie Evans in his RX7. Liston also taking the class C victory for cars 1601 to 2000cc. Evans taking the over 2000cc class D.

Just behind Liston and Evans on the overall board was the spectacular Jay Pittams with 8th overall, but more importantly he was the class winner for the Classic (Class G ) 4wd with his Subaru.

Class B, for upto 1600cc was a fantastic battle from round 1 between Michelle Brunt and Gareth Eady, both in Starlets. In the early rounds Scott Ogle was the man to beat, but never participated after round 2. From then on it was a ding dong battle for the next few rounds with Eady taking the maximum points at round 3, Brunt returned serve at the next round. With the Hoddle road event being declared null and void for the series it came down to the final round at Piakonui Road were Eady managed to take the maximum points and therefore the class win and championship. A thorn in the sides of both drivers was john Paul Van Der Mays who was always hard on the heels of the Starlet piolets in his Suzuki swift, keeping them honest and certainly applying plenty of pressure, resulting in 3rd in class.

Class A, was taken by Mark Bradly in his rapid 1200 Datsun, unfortunately Mark had no competition, although Justin Glavish did take round 1 whilst Mark was absent. Now for anyone who knows anything about rallying in the top half of New Zealand you will know that Glavish is no slouch, he’s very quick and having a Glavish V’s Bradly battle for the class championship would have been a fantastic spectacle. However it was not to be with Glavish concentrating on co driving for his partner Michelle Brunt. Take nothing away from Bradlys achievements as although he was the only registered competitor completing on the rounds from RD2 to RD4 he punched well above his weight, finishing 26th overall in a 1300cc car is pretty fair effort, and this with missing two rounds.

Don Needham took the classic class in his mk2 Escort, despite selling the car before the series was finished, doing enough on the first four rounds allowing him the luxury of not needing to compete on his home event due to accumulating enough points to make him uncatchable. Brian Best did all he could in his superb MK1 V8 Escort but had to settle for 2nd with Garry Wainwright taking 3rd in his RX7.