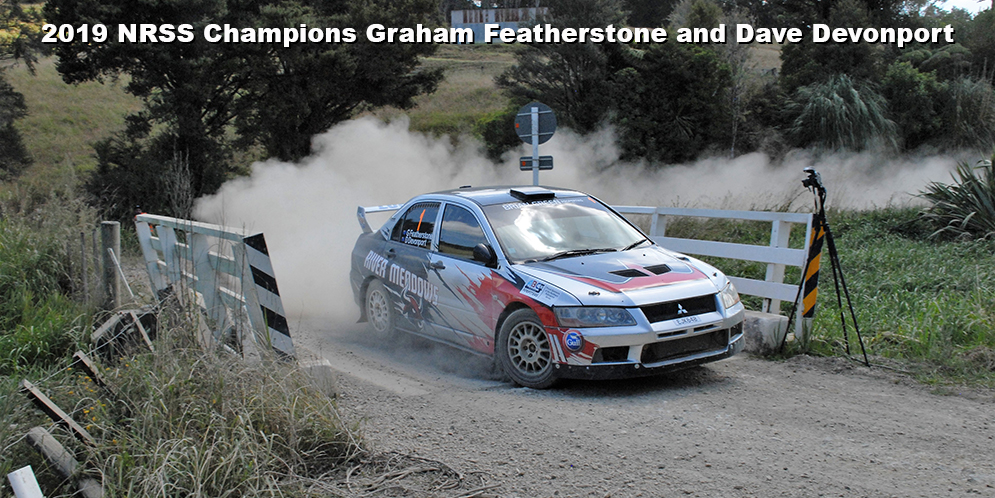 ABC PIPEFITTERS Northern Rally sprint series, formerly known as the ClubSport News, Fortron and Woolf mufflers series, now enters its 34th year of running.(2020), Possibly the longest running series of its kind in New Zealand. It is extremely popular with the clubmen and women of the top of the North Island. With the possibility that every clubman in the north at some stage of their rallying career has competed in a round of the series.

The series traditionally takes in 6 rounds, run by Pukekohe, South Auckland, Thames Valley, Hibiscus coast, Northland and originally Auckland car clubs. Although the Auckland CC had been missing from the series for several seasons they did return in 2010 and 2011 with a Tarmac round at Hampton Downs, then missed the 2012 season. In the club’s absence, the Motorsport Bay of Plenty, formerly Tauranga CC became involved, hosting rounds in 2008, 2009 & 2010, the 2009 season also saw Rotorua CC run a round in Kinlieth forest. Sadly the Auckland car club never returned to the series and both the Tauranga & Rotorua clubs also never returned to the series, so from 2012 the series ran with just 5 clubs. However in 2015 we saw the HAMILTON CAR CLUB join the series, they ran the Pirongia rd west, last used in the WRC many years ago, and at just over 8km it provided a new challenge for our regular competitors. The club ran Pirongia road again in 2016 but missed the 2017 season, they are returning this season, again with the Pirongia road west, which is an absolutely superb stretch of road and really complements the series.

The series in the late 70’s and early 80’s was hugely popular, even gaining some TV coverage. The series as we know today, first started way back in 1988. There was a series prior to this run by the Rally Pilots Association, where just about every club in the greater Auckland area ran a round. But for some unknown reason the series disappeared and did not run after 1986.

Now, before we go any further regarding the history of this series i need to clarify an issue up! A few years ago as we were half way through our 25th anniversary year, (2012) a rather annoying rumour surfaced suggesting our dates and information were incorrect. As they were only rumours it was brushed aside and everything carried on as normal, however it really got under my skin and so some homework and more questions were asked. A big thank you to Lloyd and Gill Ives for not only coming up with some answers, but also taking the time to go through all their HCMC memorabilia and actually find some documentation to go some way to clearing the situation up, which has now prompted me to add another page to the site…see ARCHIVES page. So to put the record straight, and let you know what the issues were!!……read on.

Firstly, If you look at the dates on the “Hall of Fame” we have dates from 1988, which when you do your maths works out to be 24 years, yet we had 25 winners. So i guess when you look at it like this there is an issue…..so here’s one answer, and it’s so simple.

That first season actually started in 1987 and ran through to 1988, May 3rd was the first round, hosted by the Hibiscus Coast Motorsport Club, run at McLauchlins rd, sponsored by Earstory Jewellery and won by D. Thexton. The results can be seen on the ARCHIVES page. However this also is not 100% correct, and during this last season (2015) more informative information has come to light, straight from the horse’s mouth. It was whilst at the Glenbervie forest event, hosted by the Northland Car Club that I was approached by Ian Attwood, the series’ first winner. Ian had taken the time to put down on paper the true facts as to exactly what happened in that first season, so here goes. 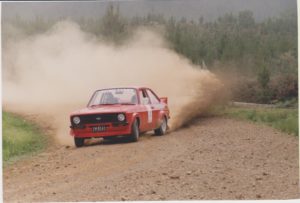 So in 1987 the series was run, Ian Attwood won the series but was not presented with the trophy until 1988, this was at the Hibiscus Coast Motorsport Club awards at Paremorema. The 1988 season was won again by Ian, who was asked to return the trophy at the last round of the series, this was in November. This was again Prize giving for the series, it was the last round and was at the Kaukapakapa pub, not only for the day’s event, but again for the series. As Ian had won it again he was presented with the trophy again, but it was not engraved. The year after, 1999, Ian returned the trophy and brought it to the attention of the organisers that it had not been engraved and needed to be done to keep the records straight. Then in 1996 Ian won the series again but was disappointed when he received the trophy to see his name had not been engraved on from his previous victories. So for the record Ian Attwood won the series in 1987, 1988 and 1996, the first person to become a triple winner.

So, back to the overall history of this present series. Back in the mid 80’s Lloyd Ives was invited to join the committee of the Hibiscus Coast Motorsport Club, and one evening whilst putting together the club magazine a conversation started with the idea of resurrecting the rally sprint series. Along with Lloyd, Steve Subritzky and Jeremy Tagg were present. The conversation lasted for hours and eventually it was put to the other committee members. Shortly after this it was announced it was back, and to make things even better a sponsor had been secured. Alan Woolf had agreed to put in $1,000, and provide a series trophy, the very same trophy that the winners receive today.

The winner back in 1987 was Whangarei’s Ian Attwood; he won again in 1988 & 1996. Several drivers have won the series several times, some back to back, in 2001 & 2002 it was Marty Rostenberg, but then Wiauku’s Ray Reid appeared on the scene and took the title for the next three seasons. Other names on the trophy include Mark Parsons, Ray Wilson, and Charlie Evans, who actually shared the title in 2000 with Sean Gray. Payne, Sexton and Thexton were also amongst the early winners.

Warwick Redfern was another to complete the double in 2006 & 2007. Brian Chadwick took it in 2008 With Steve Goodare taking the series in 2009, ten years after taking the title in a Nissan Sunny, his latest victory in an Evo 3. Brian Chadwick once again added his name to the trophy to become the 2010 champion, before Warwick Redfern took the trophy back once again making him another triple winner and the 2011 ABC Pipefitters Northern rally sprint champion. Another guy making himself a triple champion is the 25th anniversary winner Brian Chadwick, although Redfern and Chadwick are triple champions Ray Reid held the record of doing it consecutively.

It is true, as with all motorsport, that over recent years the numbers and interest seem to have dwindled, but such was the dedication and passion of a few regular rally sprinters that in 2007 several drivers got together to form a conveners committee, with the purpose of resurrecting the series and injecting some enthusiasm. This has started to work with an average of just over 40 drivers registering for the series per season since 2007. So now with regular committee meetings, new ideas coming into play and constantly looking for new ways to improve the series, it’s all looking very interesting for the future of the rallysprint series.

It is at this point that we would also like to mention our current sponsor, ABC PIPEFITTERS, a small family run engineering business. They came on board for a couple of seasons and are now entering their tenth season, they are very enthusiastic about doing so, the presence of the ABC PIPEFITTERS banners out on the stages is great to see.

Since the formation of the convenors committee the series has seen a few changes, nothing too major more just like a tidy up and tweaking of a few rules, but one of the more interesting moves was to introduce the “Classic Classes”. Two classes were added, then the year after the “modified classics” followed. However for the 2013 series the Modified’s were dropped due to lack of support and the two Classics were added together to form a more competitive class.
2017 saw the introduction of yet another trail “Classic” class, this time it was the older 4wd vehicles, it was received pretty well and as the national rally championship had also introduced it to their series it wasn’t a problem giving it a go in ours. It is running again in 2019.

Before signing off I would like to congratulate our 2019 champion, Graham Featherstone on retaining his 2018 title. “Feathers” has been competing in the series for quite a few years, starting off way back in an ex Dean Summner Toyota Starlet. Always competitive in the 1600cc class and always under the guidance of Don Brunt feathers learned his trade well, eventually moving onto a Evo 3 and again learning the ropes of 4wd under the guidance of Don. Once he served his time the ex-Andrew Hawkeswood Evo was purchased, straight away Feathers was competitive, but now he was also now trying his luck at rallying, were again he was competitive. By now Chris Davies had stepped into the co driver’s seat. Not always looking very fast compared to other driver’s feathers was now the man to beat, and it’s a testament to him that once the results were published it was quite often his name on top of the list. So after many, many seasons competing in the rallysprint series it was great to finally see him become a champion.

Towards the end of the 2015 season feathers had changed his co-driver, Hamiltonian Dave Devonport stepped into the silly seat, right away the pair hit it off and results improved. 2016 saw the introduction of the “Suspension Tech Co Drivers Championship” and it was fitting that as Feathers retained his Championship, Dave also took the co drivers’ championship. Feathers has now made history within the series, he’s now overtaken Ray Reid’s record of 3 in a row,  4 in a row for 2017, and now adding a 5th in a row for 2018. A true champion and a record that’s going to take some beating, at the time of writing ( Christmas 2018 ) it’s a little uncertain weather Feathers will be back to try and make it 6 in a row for 2019. fingers crossed he’ll give it another go.

So, we are now about to enter the 34th (2020) consecutive season of the series and, the exciting, and somewhat nervous part of the season is now with us….how many are actually going to enter and is it going to be as successful as the 2019?